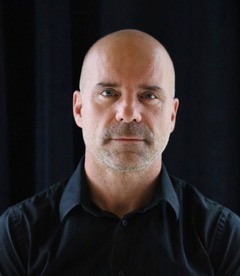 Richard Avramenko is professor of Political Science at the University of Wisconsin-Madison, where is also the Director of the Center for the Study of Liberal Democracy, and the Editor-in-Chief of the Political Science Reviewer.  He is the author of Courage: The Politics of Life and Limb (Notre Dame, 2011), the co-editor of Friendship and Politics: Essays in Political Thought (Notre Dame, 2008), Dostoevsky’s Political Philosophy (2013), Aristocratic Souls in Democratic Times (2018), Canadian Conservative Political Thought (2022), and Aristocratic Voices: Traditional Alternatives to Liberalism, Populism and Radical Egalitarianism (2023). He has recently published articles in the Review of Politics, American Journal of Political Science, Perspectives on Political Science, Perspectives on Politics, Polis, the Political Science Reviewer, and Political Theory. At the University of Wisconsin, he teaches seminars on topics such as Plato, Aristotle, Nietzsche, Heidegger, Tocqueville, Politics and Literature, Political Economy, Virtue Theory, and Conservative Political Thought. He lectures regularly on the history of western political, economic, and social thought. And sometimes teaches a seminar on food….