Like many other universities, the University of Wisconsin has experienced its share of free speech and academic battles in the past two decades. Some faculty members have suffered under the reign of a speech code, conservative speakers have sometimes met disruption in the public forum, and the student newspaper, the Badger Herald, has encountered confrontations because of its conservative views. Recently, however, the University has made major strides in protecting intellectual freedom largely because of the concerted efforts of an independent group of faculty members, the Committee for Academic Freedom and Rights and their student allies. Founded in 1996 to oppose the direction the University was heading, CAFAR has enjoyed several major successes on the freedom front. Its first success was leading the movement that led to the abolition of the faculty speech code in 1999. Several other successes have followed in the wake of this signal event that made the University of Wisconsin the first university in America to abolish a code on its own volition. The rise and exploits of CAFAR are documented by Donald Downs in his book, Restoring Free Speech and Liberty on Campus.

But the problem of intellectual diversity remains. It is for this reason that some members of CAFAR have established the Wisconsin Center for the Study of Liberal Democracy. The purposes of the Center are twofold. First, to promote understanding and critical appreciation of the cardinal principles, institutions, and practices of liberal democratic polities, The Center presents programs dealing with such topics as religious and political freedom; the free market; educational reform; limited government; constitutionalism and the rule of law; the promotion of liberal democracy in the world; the relationship between liberty and equality; and national security and the battle against terrorism. In order to responsibly address the challenges presented to free societies and institutions in the twenty-first century, we must first understand what liberal democracy is about, and what is at stake.

The second purpose of the Center is to promote intellectual diversity on the campus. The Center performs this task by providing speakers, forums, and programs that present different points of view, especially points of view that challenge reigning campus orthodoxies. Thus, the Center promotes intellectual diversity by virtue of the programs it presents and the example it sets.

One of the founders of the Wisconsin Center for the Study of Liberal Democracy is Donald Downs, a CAFAR leader who has played a key role in the Wisconsin free speech and academic freedom movement.

The Center was launched with $67,000 “seed money” from the Lynde and Harry Bradley Foundation. 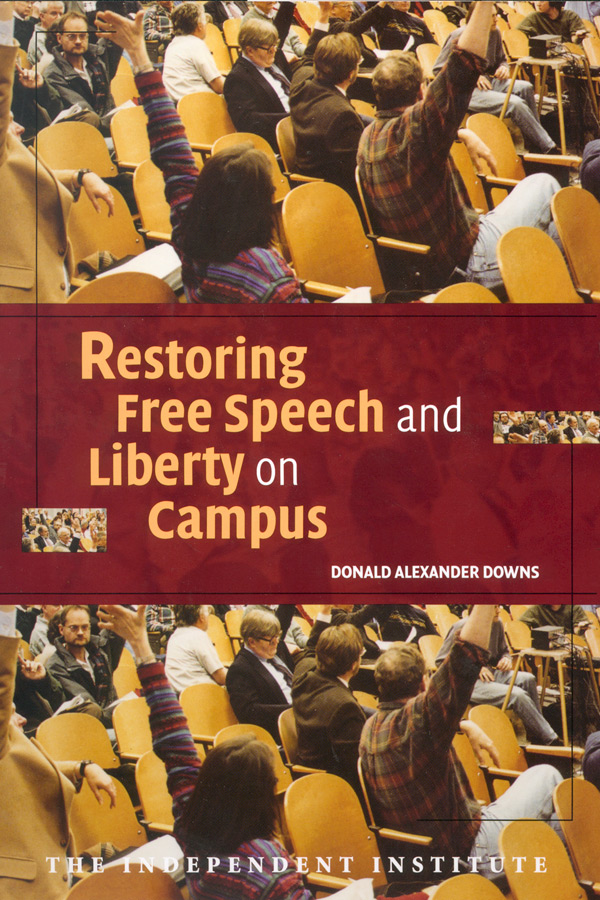 A History of Actions by CAFAR

The Committee for Academic Freedom and Rights has been involved in several controversies regarding academic freedom, free speech, and due process at the University of Wisconsin and other institutions since its inception in 1996. In today’s academic environment threats to academic freedom emanate from across the political spectrum, calling for due vigilance that only organized and conscientious opposition can counter. We would like to take this opportunity to remind the University community of our presence, and to introduce ourselves to those of you who have not heard about us. We would also like to welcome you to join us in our endeavors.

CAFAR is a non-partisan group of faculty members who teach in a variety of fields. Though we have often worked in conjunction with other university entities (including the University Committee, the administration, student newspapers, and others), we remain staunchly independent of the institution, and have often acted on our own in opposition to university policy and actions that have violated or threatened principles of freedom in the academic setting. Over the years, we have rallied to the support of faculty members, staff, students, and the student newspapers.

Over the years we have taken on several individual cases and led many political efforts on behalf of freedom and fairness on campus. We have had success in defending faculty members, students, and staff whose rights have been violated or threatened

If you have a credible belief that you have experienced a violation of your academic freedom, free speech, or procedural rights, or if you are interested in joining us, please contact one of our officers: Donald Downs (President: dadowns@wisc.edu); Stan Payne (Secretary: sgpayne@wisc.edu); or Jane Hutchison (Treasurer: jchutchi@wisc.edu) For your information, we provide a brief history of CAFAR’s major involvements below.

A Sampling of Individual Cases

CAFAR’s original mission has been to provide legal and moral support to individuals of the university community who raise plausible claims that their rights have been violated by a university body. We have taken on several individual cases over the years, usually enjoying success. A list of our most prominent cases includes:

CAFAR has also entered the political fray on campus to provide support for individuals and groups involved in civil liberty and free speech battles, and to present its own position in prominent issues. Examples include:

CAFAR has also been in constant contact with other civil liberty campus groups around the country, including the campus ACLU at Brown, and the nationally-oriented group FIRE (Foundation for Individual Rights in Education). The leading academic freedom and campus rights organization in the country, FIRE was established in 1999 and was partly inspired by CAFAR’s victory over the faculty speech code at Wisconsin that year. We are working to make ourselves part of a national movement. In a March 24 article on campus newspapers’ reactions to the Horowitz controversy, National Journal columnist Jonathan Rauch compared the free speech environment at Wisconsin to that at Berkeley: “The Herald’s community is not the same as the Daily Cal’s community. At Wisconsin, an energetic free-speech faction has emerged in the last few years. In 1999, the Wisconsin faculty rose up to abolish their own speech code, an apparently unprecedented event in American academe. When the Badger Herald came under fire this month, an aggressive free-speech group, called the Faculty Committee for Academic Freedom and Rights, immediately offered the paper its full support. Hernandez and The Daily Cal, by contrast, dangled in the wind.”