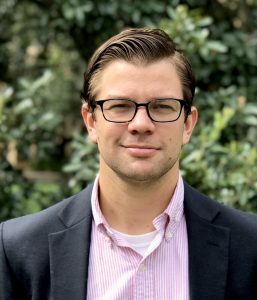 John Boersma received his Ph.D. in Political Science from Louisiana State University in 2019. Dr. Boersma completed his bachelor’s degree in Political Science from Ave Maria University, and his master’s degree and J.D. from St. John’s University in New York. His article “The Accreditation of Religious Law Schools in Canada and the United States” appeared in the Brigham Young University Law Review and he is currently working on a manuscript examining the role of friendship in ancient political thought. His research interests include constitutional interpretation, political philosophy, and law and religion.