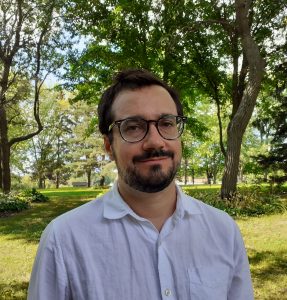 Eduardo Schmidt Passos’ research and teaching focus on political theology, religion and politics, contemporary political theory, history of political thought, and Latin American political thought. Currently, he is working on a book manuscript on “Carl Schmitt’s Political Theology and Christianity.” His articles have been published by The Review of Politics, Political Science Reviewer, and Perspectives on Political Science. As a postdoctoral fellow in the Center for the Study of Liberal Democracy, he will also be teaching and working on Latin American Political Thought. As part of this research project, he is working on an edited volume on “The Influence and Reception of Eric Voegelin’s Philosophy in Brazil,” and a chapter on “Gilberto Freyre’s Race and Political Ideas.”